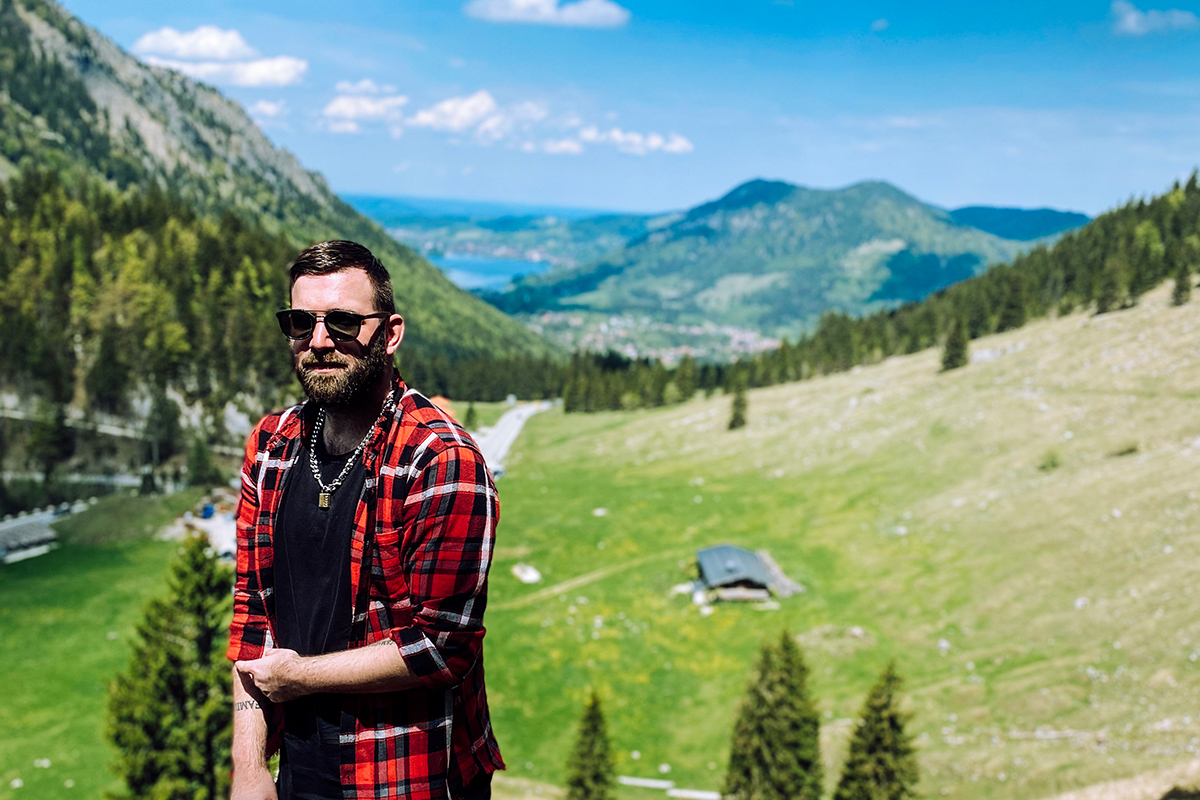 “You really did that? I wouldn’t have thought you could do it now if you were known.”

Review. Munich, Saturday, 5 o’clock. I am wide awake. Not still, but: again. At the time before Corona, when people like to get out of the club or wine tasting, I get up to work. In the mountains. To be fair: I have a lot of respect for all those who do their main job and have to deal or deal with working hours that are uncool for many people. Of course, in my job I have to do a story conversion, the time was just usually friendlier – but the photographer just goes for the best light. The fact that I was planning to let my eyes wander up there at most can be seen from the outfit. At least it was a good opportunity to do the nice and discreet windbreaker. My parents had already told me that the location should be really nice. And, I had to admit very quickly, they were right. The Spitzingsee in the morning light – with us in the team you would use the term picturesque.

When it starts, you forget the time. And improvises. I spontaneously do an internship as a parking lot attendant so that nobody drives into the picture. Not so easy. Also because you are involuntarily distracted by the parking lot manager. A grumbling Bavarian, who instructs the arriving cars with an elevated level of grumpiness, and woe betide if there are really 1.5 meters distance between the vehicles, then they park even closer. Even the rolling gravel of the square has to fit in and lie there cleanly. But back to nature: The sun did its best to convince me that the day will be really nice.

Me. Lake. Red. Loud at the top, quiet at the bottom – I like outfits well-balanced.

Red on red? The Windbreaker from Porsche Design Sport is one of my favorite jackets. Not quite decent in color, but functionally fancy.

Almost like painted. I was lucky with the sun in any case.

Quite a nice view. By the way, at the Schliersee in the back there is a pretty strong whisky distillery. Just on the edge. Frenzy of heights and all that.

Sleeves up and go. The climb up was definitely worth it. And the check shirt looks quite good in the green

With only glances to wander it became nothing, and I was already in the middle of the ascent. It is not always easy to admit that something criticized at the beginning is really beautiful, but I jumped over the shadow. The view was stunning, only my physical condition called and made it clear that I needed to work more with it. And once again I was able to surprise my parents – at the moment only from a distance. But we’ll make up for that later.