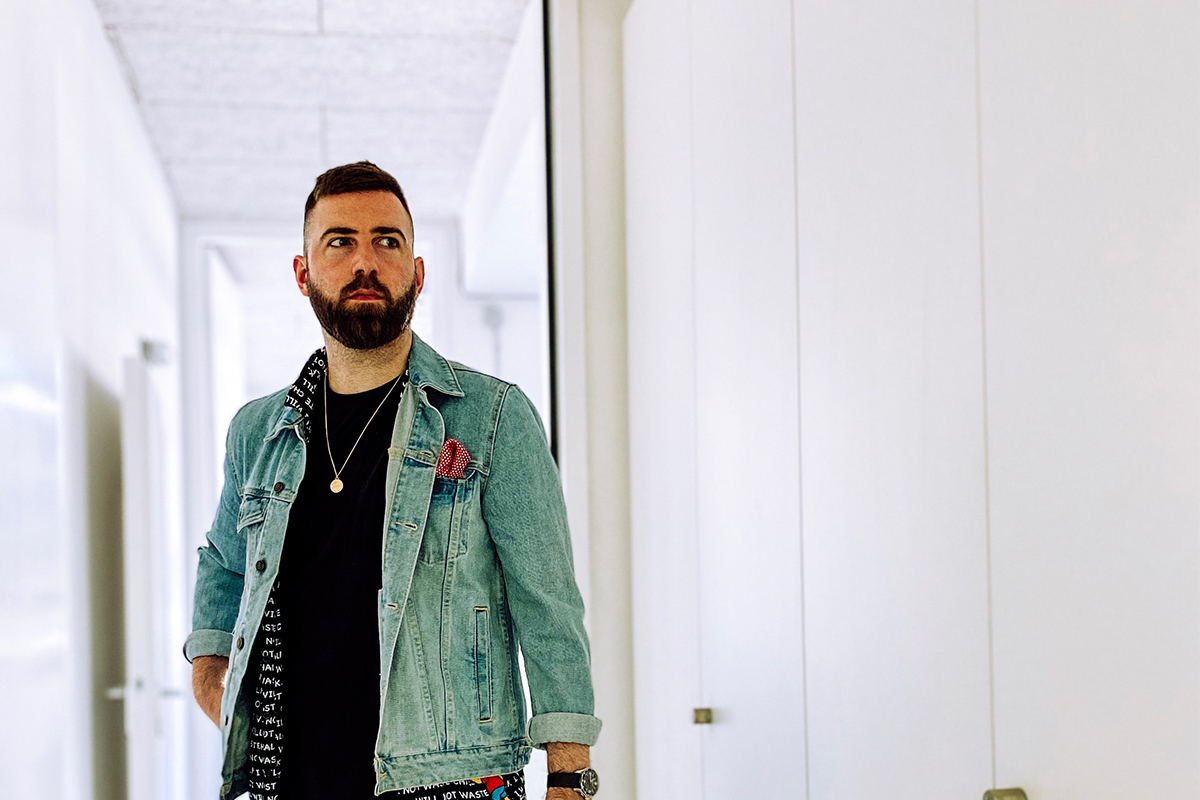 A wise politician once said: A wise man does not make all mistakes himself. He also gives others a chance. And please: We are all human beings. And we all make mistakes. Only those who make mistakes can learn from them. Be it a crappy hairstyle or never telling the love of your life that she is. Now life just isn’t a computer game where you can restart as often as you want or just jump back to the last matching score. If something happens, it happens. And to travel through time as in “Dark” and give my former self a good slap in the face before I quickly correct what happened is just not possible yet. My 90s self may stay where it is.

Also Outfits may give one times a second chance. On another day you sometimes simply feel it more.

If we messed up, there are two options: Move on, leave the shards on the ground and not be interested in whether someone will clean them up and who. Or: Clean up by yourself and apologize. Granted: That is the essentially challenging option. Jumping over your own shadow (also read: What I’m afraid of) and honestly saying sorry or admitting that you screwed up really takes some effort. And then there are some screw-ups where you ask yourself the question: Do you stop? Or do you continue – and give them another chance?

My best friend and I are still best friends, because over time we both gave each other a (or more) second chance. And it was the absolutely right decision. I gave very good friends a second chance, sometimes incomprehensibly several times in retrospect, who took it for granted – and brought back the same crap a short time later. And when someone interprets friendship so differently, I decided to hang up. A pity about the time together, of course. But if something hurts you, sometimes you have to pull the rip cord.

Fashion mistakes? Should be done. It simply takes time to find your own style.

Second chance or: not weighing every chance gram by gram

I think: friendship and relationship is not a balance sheet accounting, where everything has to end up 1:1 and everyone has to give back something they have done immediately and in the same value. Or even better: thinks that the other person would be in his debt with a certain value and you could afford to pay something in the equivalent value without the other person having the right to be angry. With people who have such an attitude, it was not difficult for me to keep the 2nd chance and let it go. The question is: How much are you worth to yourself!

The only thing you cannot forgive yourself for is not having at least tried.

Whether you give chances or get chances: You do not know how many more will follow.

The decision for a second chance (or a third one) should never be made on the basis of emotion anyway. I have learned that for myself. Emotions are good, but unfortunately often an impartial advisor. So: It is better to keep your distance for a short time and to clarify this with yourself in peace. I also often ask myself: What would I have done in the place of the other person? And I also often ask myself: Would I have forgiven myself? Would I have said: Hey, let’s forget it, let’s start over? Sometimes I think: no. One person has given me my 4th chance, even if the game was complicated, I’m just grateful for it from deep inside.

To appreciate something is good, it’s one thing. But one must not believe that the giver of chances also feels it telepathically. So get out, overcome your fear and say it clearly, or even better: show it. I also had to learn – or am still in the middle of it. Until time travel is invented, you should take every chance with important people. Or give, when you realize: the remorse is real. If a mistake is forgiven, it is not self-evident. But these are not really good friendships or relationships anyway.