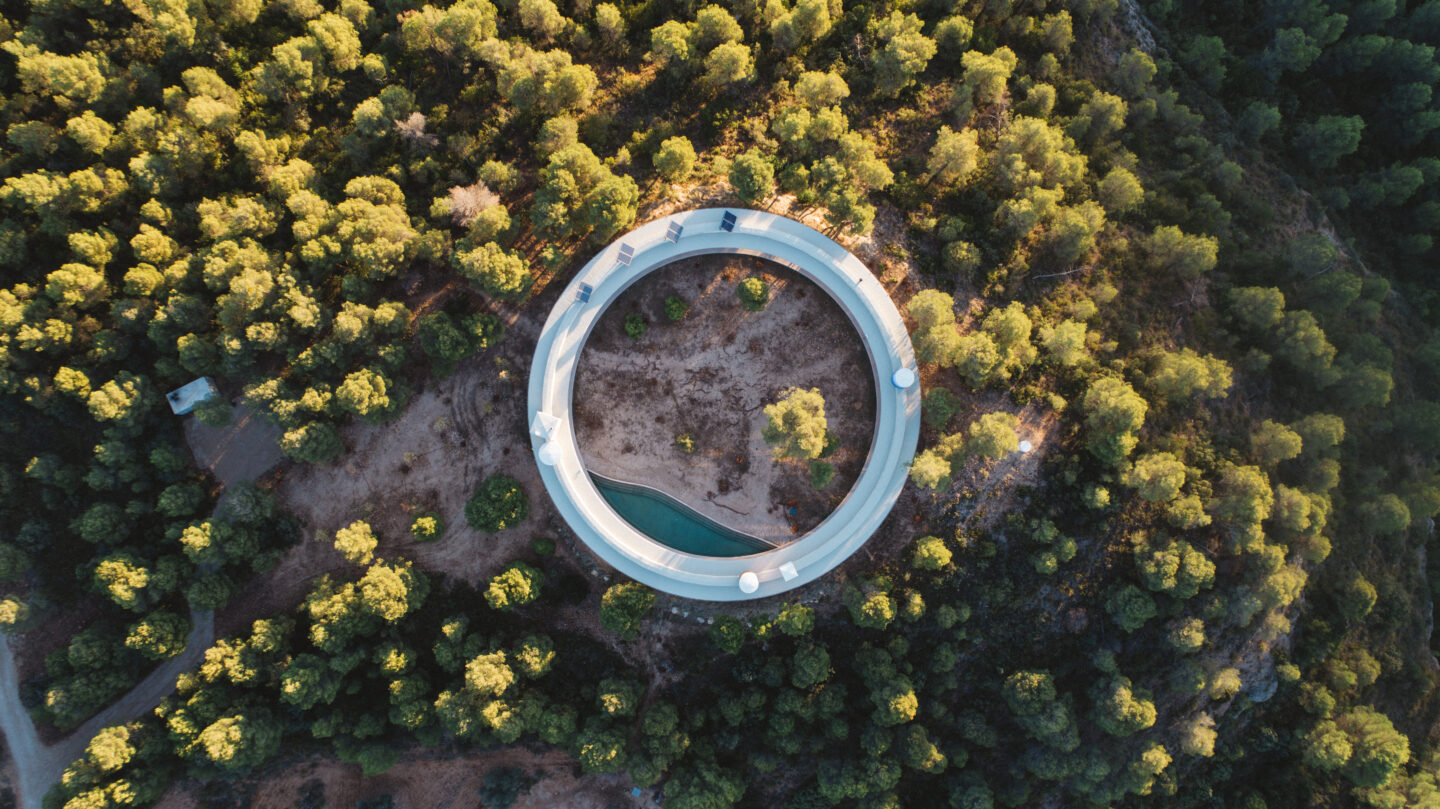 Waking up after a party night with a hangover has nothing to do with paradisiacal feelings. So it’s the lesser of two evils if you don’t take a cab home, but walk or take the public transport. Or wait a few hours for the bus in the village. But now just imagine you wake up on an island, and on the horizon there is no shuttle in sight. That’s what happens to the main characters in the new Netflix series “Welcome to Eden.

Five influencers receive a mysterious message one day. They are invited to an unforgettable – and of course completely free – party on an island. The organizer is apparently a beverage company that wants to promote a new energy drink. In any case, selected guests are to drink a mysterious blue liquid at the island festival. Why think about it, it’s free, you know the drill. The next day, the group wakes up on the island with no memories of the previous evening – alone and without a place to stay. Soon Astrid, the founder of the Éden Foundation, introduces herself to them. She has her very own plans for her new guests. Escape seems futile. The prisoners must work together to escape.

It is precisely this golden cage that provides contrast and excitement in the series, which convinces with its mysterious plot and new twists, but also shines and pleases the eye thanks to the architecturally impressive headquarters of the island’s inhabitants. Especially if you have a little thing for beautiful houses and design. The highlight: except for a few annexes added in the series, the “Welcome to Eden” filming location so really exists. And even better, you can check into two of the fancy buildings for real and take a vacation. But there is one catch.

The contrasts that characterize “Welcome to Eden” are also represented by Christian Bourdais and Eva Albarran, the creative minds behind the series filming location. With their solo houses, the building contractor and the art producer have created an exciting mix of architecture, art and real estate. However, they are not located on a desert island, but on the Spanish mainland.

Set against the 100-hectare natural backdrop of the majestic Los Puertos de Beceite Natural Park in the Matarrana region of Spain, the Solo Houses are a skillful blend of architecture, artwork, and landscaped trails designed specifically for the site.

As the first architectural collection in Europe, the accommodations invite vacationers and visitors to embark on an artistic and architectural journey. As Solo Houses has not yet reached its final form, the ongoing project currently includes two beautiful bespoke vacation homes designed by Pezo Von Ellrischausen and the KGDVS office, which are part of the fifteen houses and one hotel to be built along the Solo journey. And the two accommodations, in which you can already now “Welcome to Eden” flair after-vacation, I introduce you now briefly.

The circular building is the central architectural element in the “Welcome to Eden” setting. In the series, the vegetable garden is located there, and the daily group meetings and evaluations are also held there. In the series, the KGDVS Solo Office is additionally supplemented by several small, white pods, each of which houses three inmates.

In an effort to highlight as much as possible the natural beauty of the place, the architectural firm KGDVS has created a house that knows no boundaries in relation to the surrounding nature – a living area crossed by the landscape and a comfortable space built on the plateau that protects it, so that it almost disappears. The round house offers a covered walkway between the conservation area and the patio. Four rows of posts support the roof and separate the rooms and living areas. The highlight: the facades can be completely opened to remove the boundary between inside and outside. The courtyard, the heart of the property, also features a pool pond.

The unusual location offers more freedom in real life than the series characters have.

Even though the original location from “Welcome to Eden” is not on an island, you can still experience water in the building.

The Solo Office KGDVS can accommodate up to 6 people and has 1 master suite: bedroom (double bed), office, bathroom (agape baths), 1 suite: bedroom (double bed), bedroom (2 single beds), shower room, Equipped kitchen [oven, gas stove, dishwasher], dining room, living room, swimming pool, outdoor shower and toilet in the pool house. The price: From Monday to Thursday: 800€ per night, minimum stay: 3 nights, or 1900€ for the whole weekend, in July and August there is a minimum stay of 7 nights from 7000€ per week, more at solo-houses.com/book-now.

The clean mix of concrete and glass is the home of hosts Astrid and Erik in the Netflix series Welcome to Eden. In addition to their living quarters, this is also where the conference room of the elite circle and the surveillance center are located in the series. There is also a secret cellar – which the real vacation location does not have in the program.

Completed by Maurizio Pezo and Sofia von Ellrichshausen, the house offers a magnificent view of the nature reserve. Designed as a platform that gives its inhabitants the feeling of floating in the air, the house is made entirely of concrete and is perfectly symmetrical. A patio with swimming pool – a return to Mediterranean architecture, where the search for coolness and shade is a necessity – occupies the center of this house. All rooms open to the outside through large bay windows that can be fully retracted, turning the rooms into full patios. More transparency, then, than the series offers the viewer for most of the time.

Is in the series the accommodation of the sinister two hosts with secret in the basement: the Solo Pezo Von Elrichshausen.

Not seen in the series, but just as exciting: the elegant pool.

Solo Pezo can accommodate up to 5 people and has a master bedroom: bedroom (double bed), bathroom, desk, bedroom : 3 single beds or 1 double bed and 1 single bed), bathroom, Equipped kitchen [oven, hob, fridge, freezer, dishwasher], dining room, living room, swimming pool. From Monday to Thursday nights start from 600€ per night with a minimum stay of 3 nights or from 1400€ for the whole weekend. In July and August you can move in from 5000€ per week with a minimum stay of 7 nights. More via solo-houses.com/book-now

And here’s a little preview of what else is planned as part of the complete Solo Houses project – as already mentioned above, more unique architectural vacation homes are to be built at the location. My favorite is the Solo TNA, a halved and mirrored pyramid made of concrete with an absolute dream pool.

One would like to beam there immediately and bathe in this pool. Of course, only with return travel guarantee, of course.

So on paper, there would be some new futuristic filming locations for further seasons of “Welcome to Eden” in the planning, which would also fit well with the look of the series. I could definitely imagine a vacation in one of the locations – only I would have to have it in writing in the travel booking that there is a return flight guarantee. Not island or not – so far the series has already brought it with me.