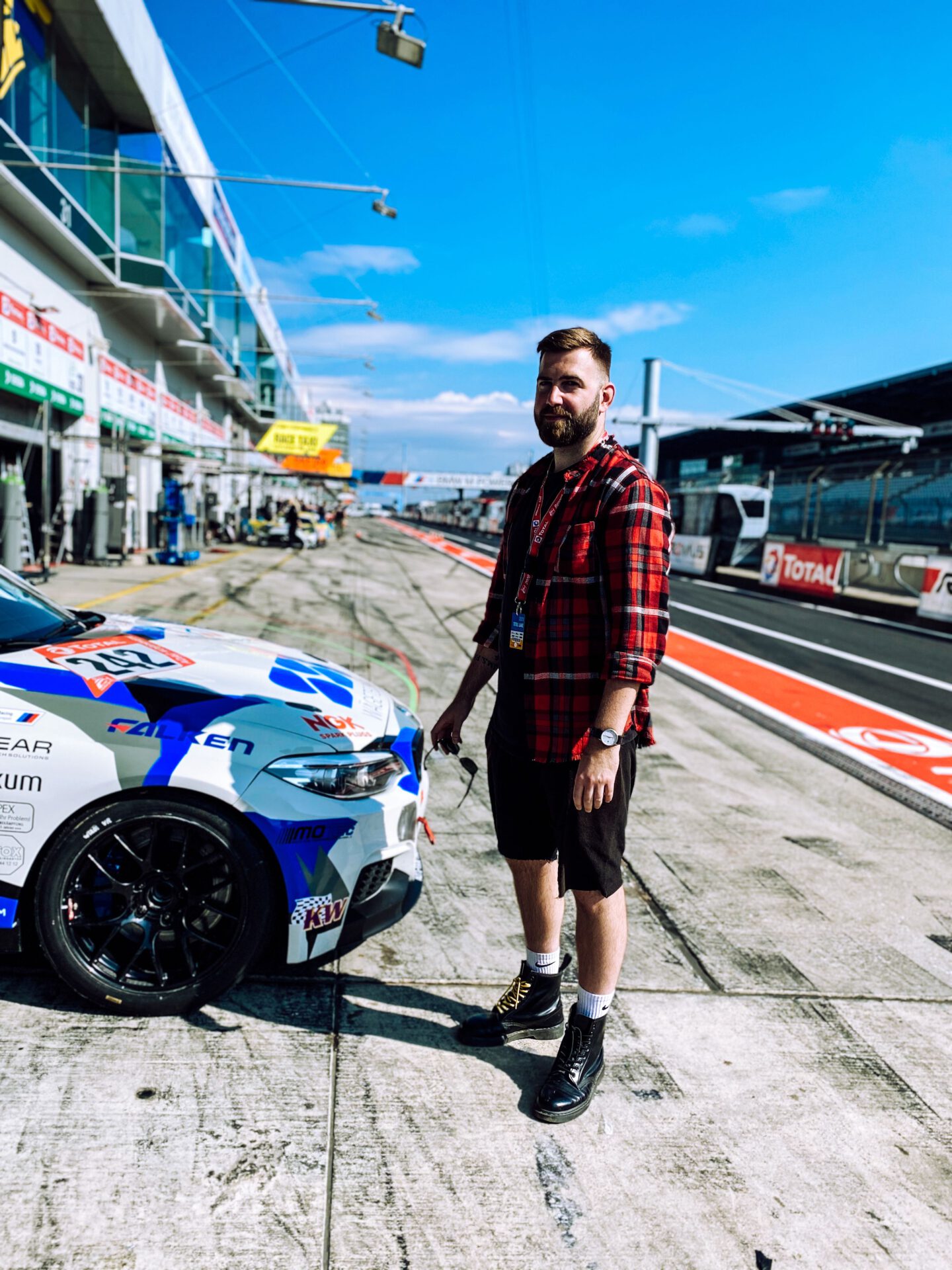 Motor sports? Phew. The only category where I can keep up with race driver Charlie Martin is I also own a racing suit. Okay, it hangs in the display case and is a souvenir of a drive in an Aston Martin over the Yas Marina Circuit, but that was a long time ago and doesn’t help me at the Nürburgring now. But I am fascinated by the story of Charlie Martin, because to prove yourself as a woman in a male-dominated sport is a remarkable achievement. A very special one, however – because Charlie Martin was born in 1981 in Leicester, England, as a boy. Together with the photographer Marc Wittkowski, he will travel from Munich to the Eiffel. The car rental company has its nice five minutes and hands out the keys to a BMW 5 Series M, with which the six hours plus are more or less pleasantly spent.

It is early morning at the Nürburgring when we meet Charlie Martin. The smell of gasoline in the pit lane, drilling and screwing noises mix with the roar of an engine. Like ants, hundreds of mechanics and members of the motorsport teams scurry through the paddock. Charlie Martin hides all this: She sits between racing cars and stacks of tires in front of her garage in the pit lane, her eyes closed. The British woman enjoys the sun’s rays on her face while she drives down the track in her thoughts and with slight rocking movements. From now on the fun part of my Job. Improvising. You collect impressions, have conversations between changing outfits and lunch, try out spontaneous picture ideas with the photographer, assist as a photo assistant. For a motif we even sneek into a competitor’s lounge, because it has the better balcony with a view of the pit lane. On top of that I take making-of pictures for Charlie with my other free hand. But that’s exactly what makes such a story so appealing on location: direct experiences.

After about ten hours the shooting and interview day is over. My cell phone has lost a lot of memory, my stomach asks for food, but the rest of me is happy. To get to know a personality like Charlie live is really impressive. When you find out what she’s been through, what hurdles she’s overcome and how she deals with trolls on social media and still manages to get to the top despite boss rain, I have a lot of respect – but you can read the whole story here in the article for BMW. Spoiler: Grab a glass of wine, it’s getting a bit longer.

The portrait of Charlie Martin for BMW Magazin